Alfredo Pizza is super easy to make with this homemade garlic Alfredo sauce and easy pizza crust recipe! It’s simple, cheesy and delicious! Top it with chicken or tomatoes for an extra special pizza! 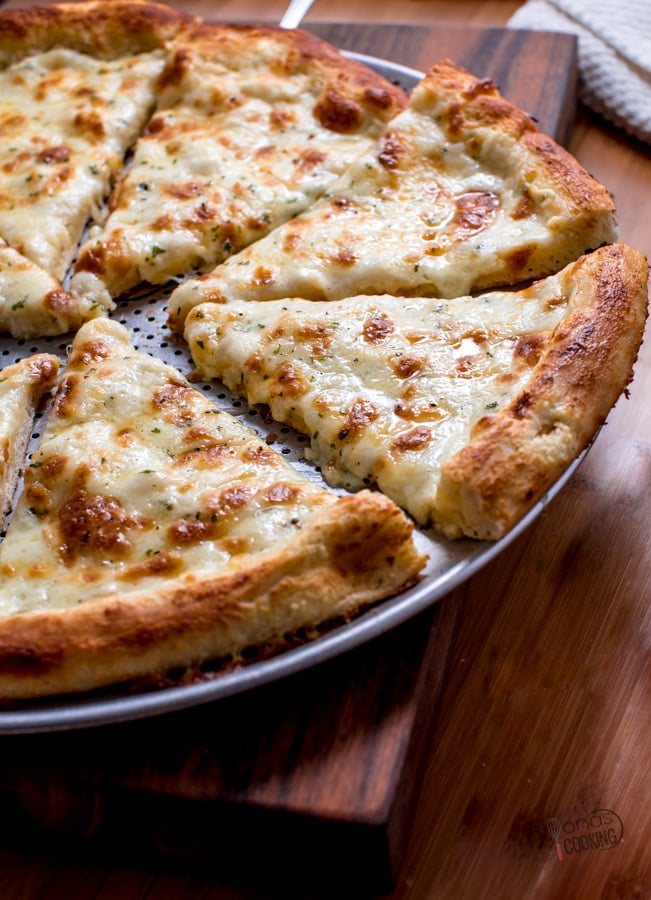 This alfredo pizza became an instant family favorite when I paired Valya’s pizza dough recipe and alfredo sauce together! Children love cheese pizza so that makes dinner even easier on me, although I’m sure the addition of tomatoes to make a white pizza would be delish too. I’ve come to favor this combination so much that I wanted to share it with my readers since it’s received many compliments and recipe requests. Plus, it’ll serve my collection of recipes too because even I still print my own recipes!

Share, rate and comment below and don’t forget to check out Valya’s Taste of Home Blog! She has many family oriented recipes as well as Russian and Ukrainian recipes! 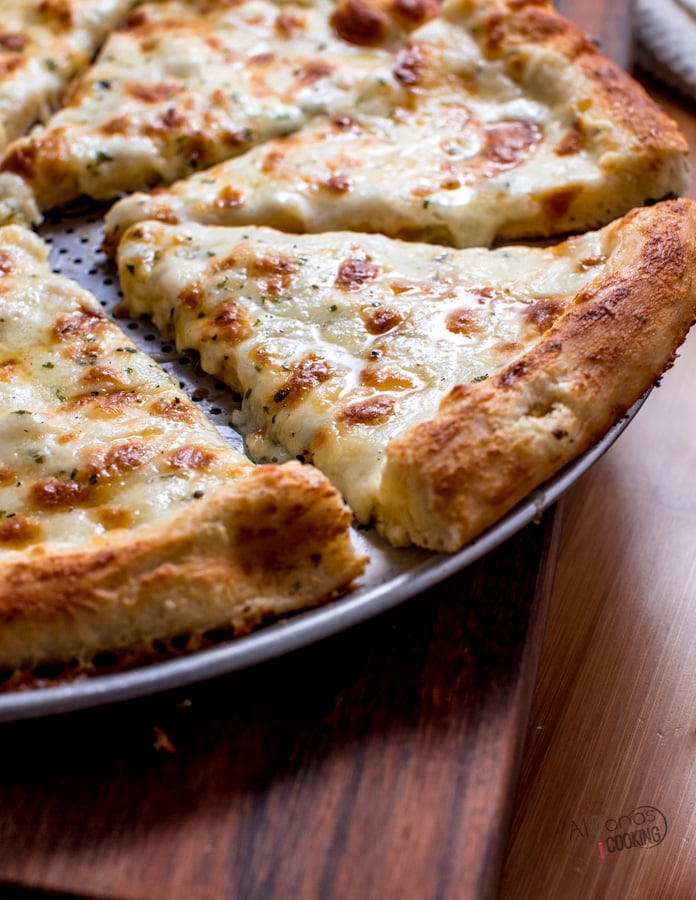 How to make Alfredo Pizza Step-By-Step: 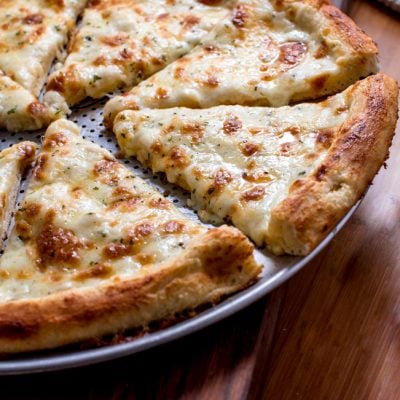 How to Make Alfredo Sauce:

How to assemble Alfredo Pizza:

How do you make pizza crust golden brown and crispy?

Grease is the secret to a golden brown crust! It also helps with the crispiness factor so oil up those pizza pans and edges! Since alfredo has cream (the ingredient that makes butter) it works like the grease factor here. So what I’d do is just smear the alfredo sauce all over the top including the edges, this way the crust browns beautifully without the addition of extra grease!

What mozzarella cheese is best for pizza?

As you know mozzarella cheese is the commonly used cheese in pizzas, however there is a huge range of different kinds! Part-skim? Whole milk? Fresh or pre-grated? I’ve found low moisture Part Skim Mozzarella to be one of the best cheeses for  pizza, like the Galbani Mozzarella cheese. It’s a semi-soft block which is what you want to look for in pizza cheese. Soft cheese will melt beautifully and blocks don’t have the cellulose powder to prevent clumps, so it’s best to grate your own block since that can effect the outcome of your cheese texture at the end. I usually buy cheeses in bulk so I will mix a freshly grated block with pre-shredded cheese at times. However if you choose to use pre-grated mozzarella cheese this one is one of the best!

Whats the difference between white sauce and alfredo?

Béchamel sauce is white sauce and is a roux made from milk. The same concept is used in making alfredo sauce, however the difference is the addition of parmesan cheese and garlic which take a basic white sauce to a different level.

What toppings go with Alfredo Pizza? 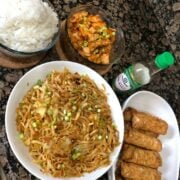 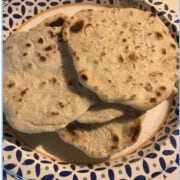 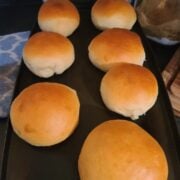