Beef Bulgogi is a Korean meat dish made of thinly sliced beef. It’s a Korean BBQ main dish served with Banchan (Korean sides) at Restaurants. This is how to make, easy bulgogi recipe with a sweet and garlicky sauce packed with umami flavor! Learn all the marinate secrets to super tender Bulgogi! 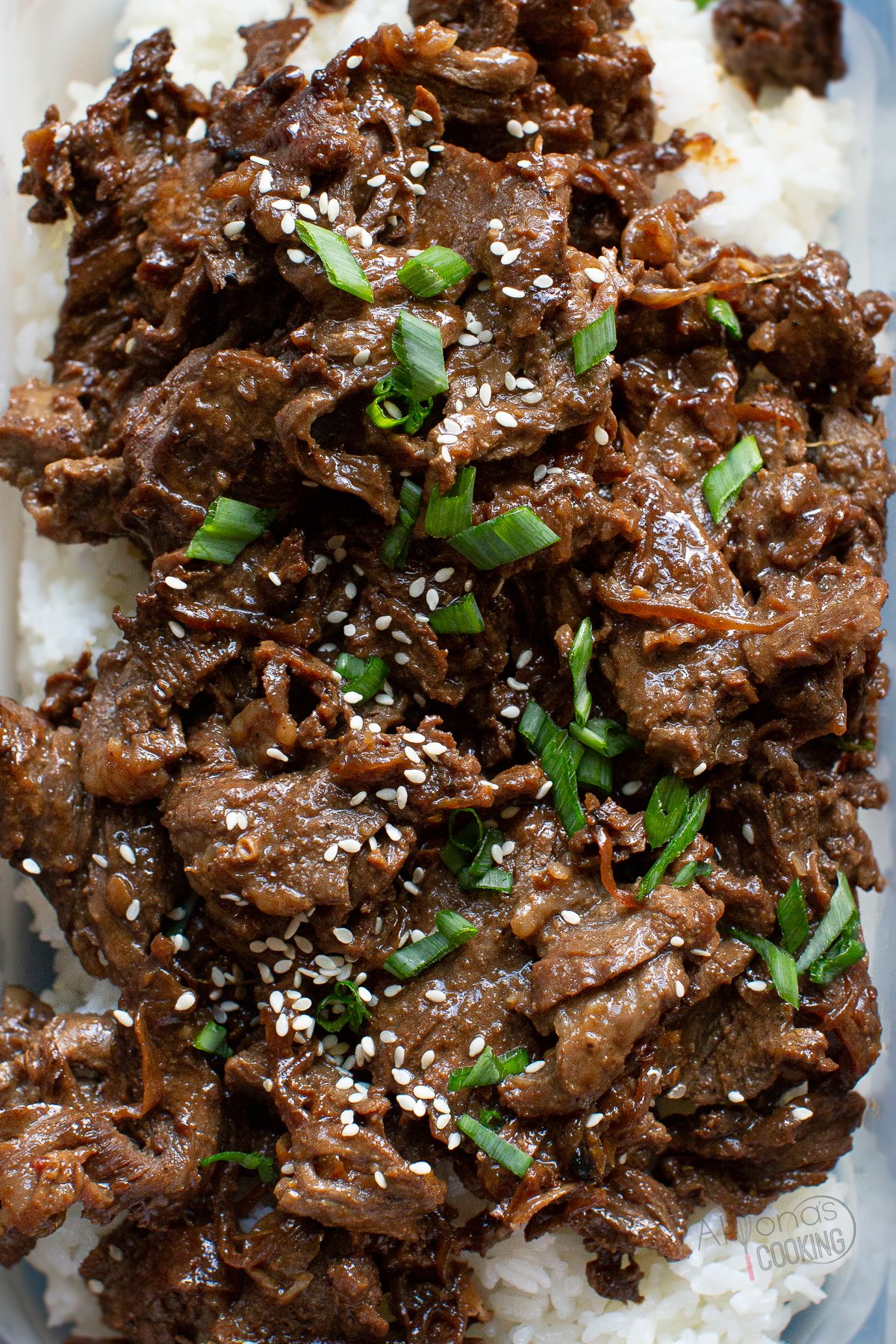 Korean bulgogi is so good! Try our other Asian recipes that you can make in your house easy, like these Chicken Fingers, Chicken Lettuce Wraps, or quick Chow Mein Noodles. Bulgogi beef is easier than you think and you can grill them on skewers for a Korean BBQ feast!

Bulgogi beef is thinly sliced meat marinated in a Korean sauce and cooked over high heat. Traditionally, Bulgogi is cooked over an open fire using a BBQ grill wire mesh topper. However, most home cooks use a stove-top griddle or pan to stir-fry the meat. Traditional Bulgogi is served with a side of rice, although you can make Korean tacos or lettuce wraps with the meat. This beef bulgogi recipe came from a Korean lady who served this Korean beef dish at large church functions. You will love this Korean bulgogi, it’s so flavorful!

What Cut of Beef is Used for Bulgogi:

Beef chuck roast or ribeye steak is the best cut of beef to use for Korean Bulgogi. They are well-marbled and tender from the marbled fat. Another cut that can be used is a flank steak or London broil, which is easy to slice. Bulgogi meat is cut into thin slices, so look for a moderate thickness to your steak for easier slicing. Sometimes you can find pre-cut Bulgogi meat in Korean grocery stores, but it is so easy to slice your own.

What is Bulgogi Sauce:

The key to getting evenly thin slices is to use a Mandoline slicer. It is best to freeze the beef before cutting it for easier slicing. Simply freeze the steak in its original package for about 40 minutes to three hours depending on how thick your steak is. If you’re starting with frozen beef, simply thaw it for about 1-2 hours until the edges soften and it is still partially frozen. You can also cut beef using a sharp knife, just make sure you’re starting with a partially frozen steak before cutting against the grain, otherwise, slicing can get slippery.

Bulgogi sauce and beef are all you need to get started. Typically, a bulgogi marinade is made from soy sauce, sugar, fresh garlic, onion, and black pepper. Additionally, some recipes will call for a grated Asian pear or kiwi which have an enzyme to tenderize meat in a very short time.  Usually, bottled Korean bbq sauce has fruit pureed right into it for a sweet taste, so with additional rice wine, you can get super tender meat! Also, be sure to go easy on the kiwi since that has a much stronger enzyme than pears.

How To Make Bulgogi:

Once you have the ingredients the preparation is easy! Slicing the beef can be the most time-consuming part. Using a meat slicer or Mandoline makes it so much easier than using a knife. After prep, cooking the meat is fast because the beef slices are so thin it takes minutes! Like steak, you don’t want to flip it too often, turn once for each side to brown nicely, and don’t overcrowd the pan, you don’t want it to steam but brown.

Cook’s Tip: use long tongs or chopsticks to flip the meat, you don’t want the oil to splatter on your hands.

What To Serve With Beef Bulgogi:

There are so many ways how to eat bulgogi! What goes best is a side of rice but you can also host a Korean BBQ food bar by serving a variety of sides like rice, grape leaves for wraps, red pepper paste, and marinated vegetables. Here are some more serving suggestions;

Bulgogi can make an easy make-ahead meal once you do all the prep. You can either freeze it in the marinade until needed or keep marinated in the fridge until ready to use. Marinated bulgogi is best in the fridge for up to 3 days, if you’re using kiwi in your marinade you’ll have to reduce the kiwi and marinating amount due to the strong enzymes in kiwi. 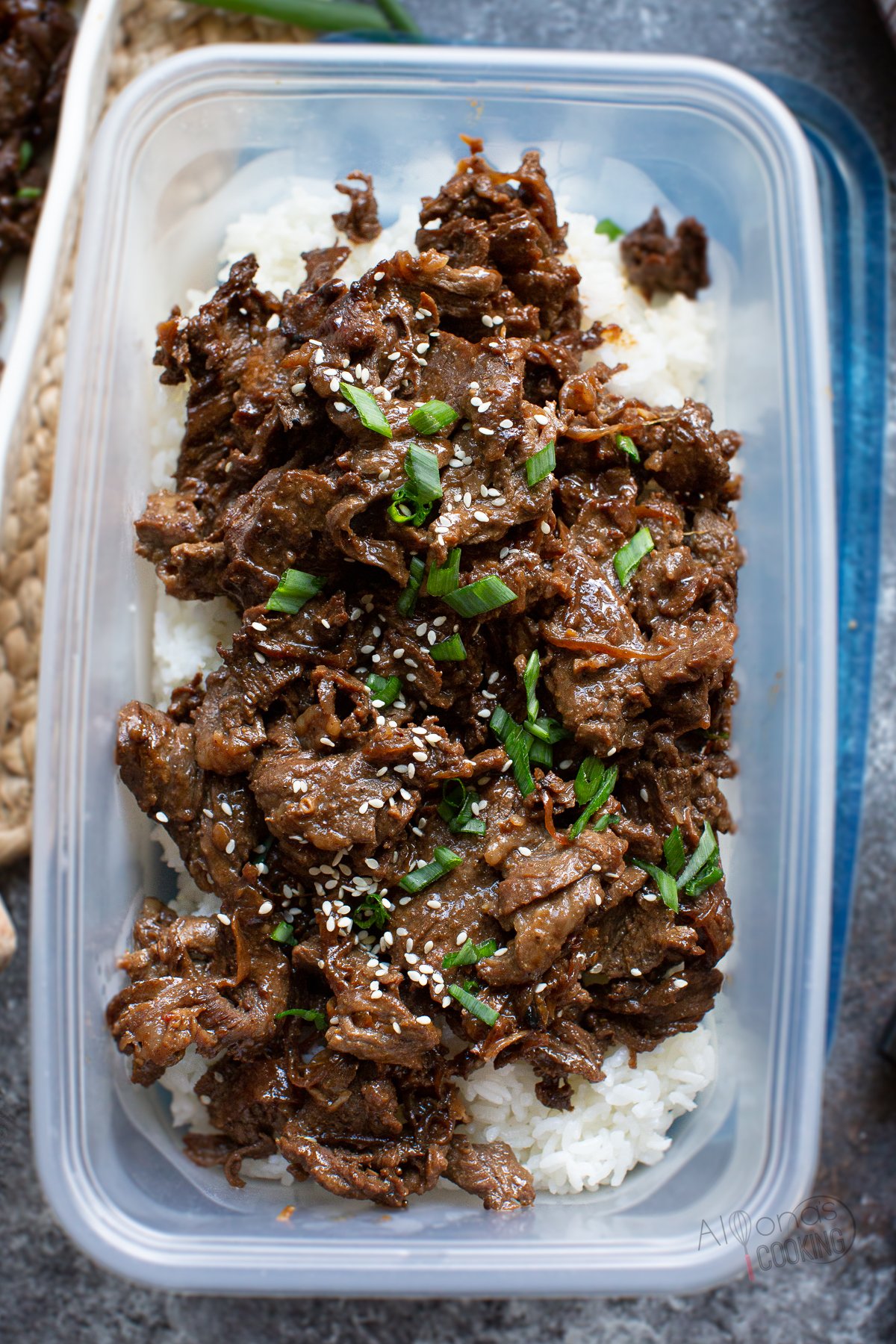 Once cooked, Bulgogi can keep in the fridge for up to 4 days. To reheat bulgogi it is best to steam leftovers by wrapping them up in foil and baking until warmed (8-15 minutes) or microwaving covered.

Bulgogi steak is full of Umami flavor! Homemade bulgogi sauce is savory, sweet, and garlicky! It is not spicy unless you add a spicy red pepper paste or flakes.

Korean BBQ sauce can be located at Walmart, Amazon, or in Ethnic sections of grocery stores. If you have an Asian grocery store you might be able to find it. It has a different flavor profile from regular BBQ sauces as it is soy sauce based. To substitute for Korean bbq sauce use your favorite teriyaki sauce with some apple juice and ginger. You can also grate a ripe pear or part of a kiwi.

This recipe for beef Bulgogi can be gluten-free if you use gluten-free soy sauce like Liquid Aminos. Be sure to look at the beef bulgogi marinade ingredients to ensure it is gluten-free.

Have you tried this Korean Bulgogi recipe? I would love to hear from you, be sure to leave a comment down below!

How To Make Bulgogi: 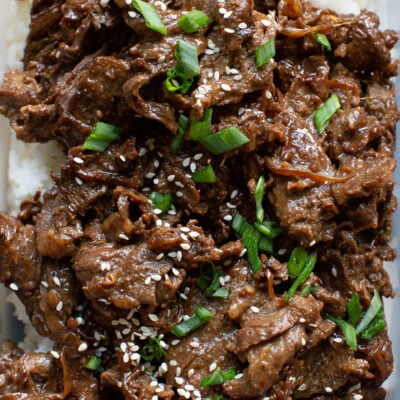 *For easier slicing, freeze your beef for 40 minutes, and a thicker steak for 1-2 hours. 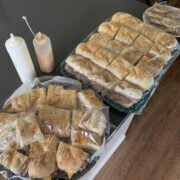 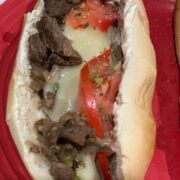 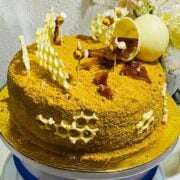 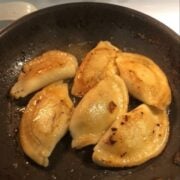