This Frontega Chicken Panini Sandwich tastes like the one from Panera Bread! Made with a homemade chipotle mayo spread that’s spot on! 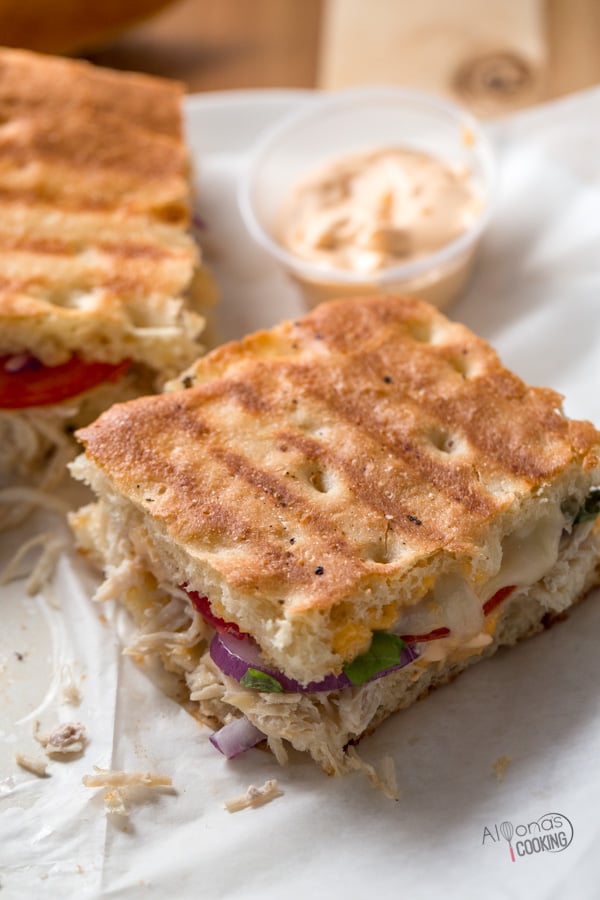 I love recreating Restaurant copycats! So when combining Hellmann’s Organic spicy chipotle mayonnaise with sour cream it made for the chipotle mayo spread just like Panera bread’s! The sour cream really mellows out the chipotle mayo, creating a pleasantly creamy spread that is not too spicy and good enough to eat by the spoon! I highly recommend a nice homemade focaccia bread recipe  but Panera bread sell’s them too! Making these sandwiches from home will give you your money’s worth and they’re so DELICIOUS! 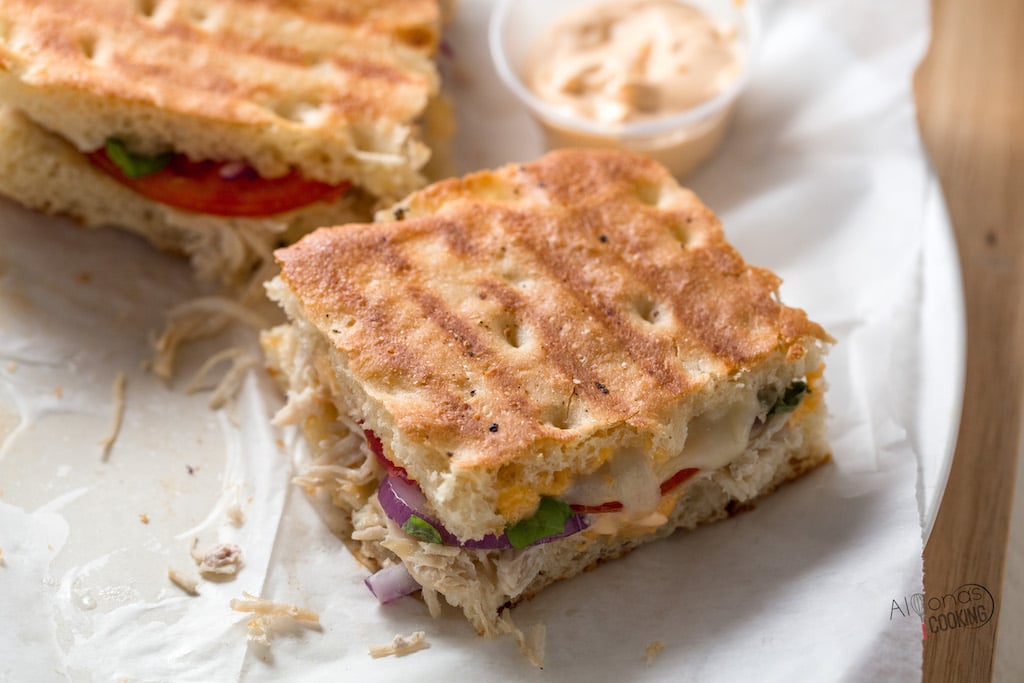 How to make Frontega Chicken Panini: 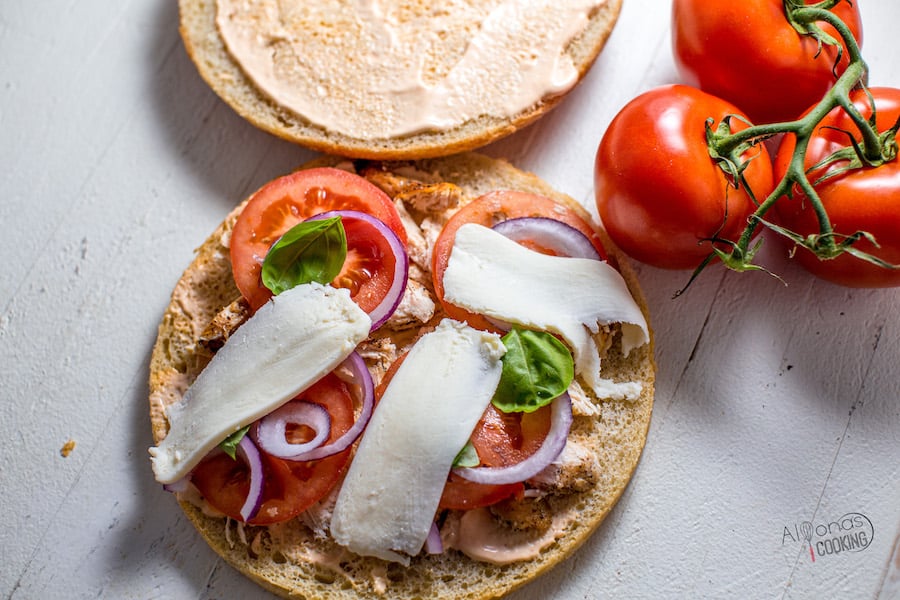 I made my instant pot shredded chicken for this batch of Frontega Chicken Paninis and made my Focaccia bread recipe in a sheet-pan. 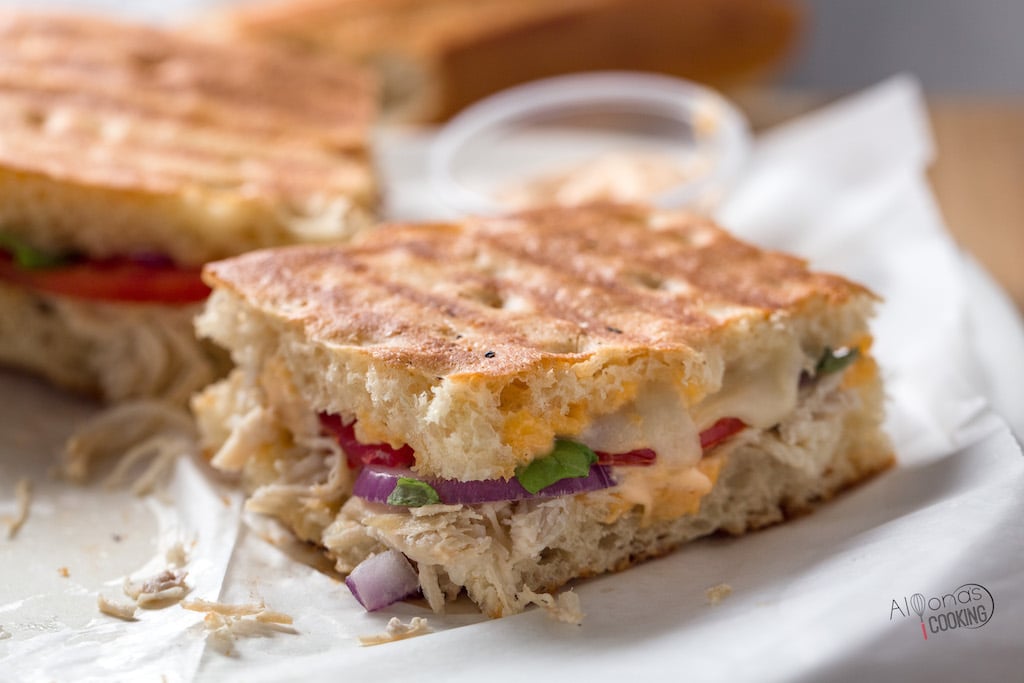 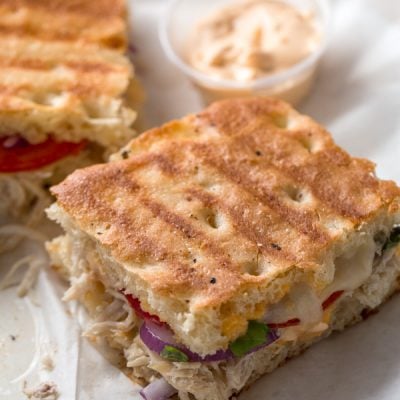 Prep Time: 10 minutes
Cook Time: 10 minutes
Servings: 8 sandwiches
Author: Alyona's Cooking
This Frontega Chicken Panini Sandwich is spot on to the Panera Bread's version! It's one of the tastiest menu sandwiches and I even have a recipe for homemade Focaccia Bread if you want to make it all from scratch!

How to make Frontega Chicken Panini:

What ingredients are in the Frontega Chicken Sandwich from Panera Bread?

What is Focaccia Bread?

Focaccia bread is a flat Italian bread similar to pizza dough. It’s recognized by small indents, that are usually found on the top of the bread. Some loaves come seasoned in herbs, which is just a flavor enhancer.

How do you make the orange sauce for the Frontega Chicken Panini Sandwich?

After joining Hellman’s Spicy Chipotle Mayo with sour cream I can boldly say it tastes like the real thing! 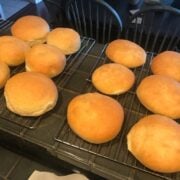 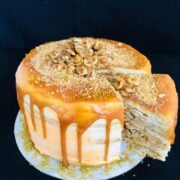 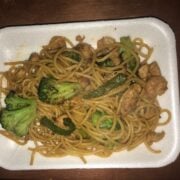